I am getting out of town in about 12 hours, headed to Japan.

I've been trying to finalize a shipment of ceramics to a customer in San Francisco, take care of a few related and unrelated errands, and so on... the last few days have been maddening. Fortunately, I got the shipment off, and I even gave someone who was trying to sell me some services a few minutes, and the only thing I've got left is preparing some gift wrappers to go to a few customers and some checks that need to be mailed out for outstanding bills. I think I'll just try to do those things in the morning. Sleep is good. All I am absolutely concerned about now is that I know where my passport and my wallet are. (Bad things have happened before.)

Yesterday after taking care of some other things I realized I had almost no fall clothing that is free of damage, and this is one of those things that is somewhat embarrassing when I find myself in Japan. Everyone else is hipper than me. I won't be wearing suits when meeting with businesses in Japan, but I should at least be moderately stylish, and I don't want to be wearing short sleeved summer clothing in the middle of October. So I made a financially frustrating decision to add some items to my wardrobe before my departure. I'm not Mr. Trendy, but being decently dressed in Japan is a generally good idea. This is a perennial problem associated with international travel for me... the expectations are so much lower in Seattle. On the other hand, it may have more to do with the fact that I don't travel constantly and I don't usually buy clothing unless I absolutely have to... The time between trips is probably longer than the time between shopping trips that most people make.

I'm increasingly incoherent. I think sleep would be a good thing right now, so I'll indulge myself...

I've been to the smaller, original location of Macchinesti in Akabanebashi two or three years ago with Hiromi, the Vivace-inspired outlet opened by a protégé of David Schomer. But they also run a bigger shop with a simple savory food menu not far away in Azabu-Juuban, which benefits from a pleasant outdoor seating area.

Hiromi felt the urge for some decent coffee after we woke up late Sunday morning, so we made a pilgrimage to the new location, found in a posh residential area in Tokyo. 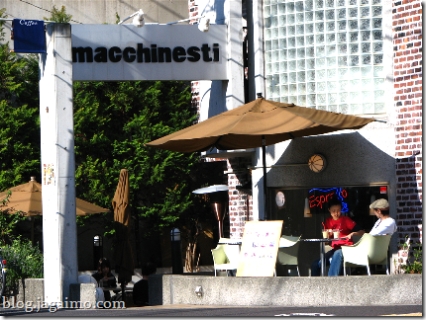 Eggs Benedict on the menu 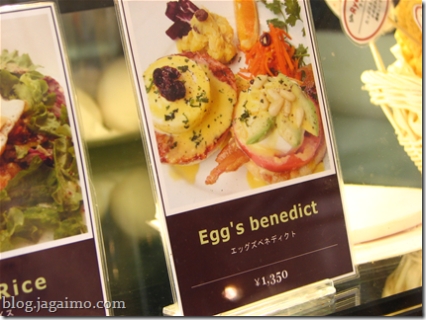 We've never encountered this favorite of Hiromi's on the menu anywhere in Tokyo, and have only seen evidence of it on expensive hotel menus online. In Seattle, we often make eggs florentine or whatever at home, and Hiromi gets her fix for the porcine version when we go out for a weekend brunch. 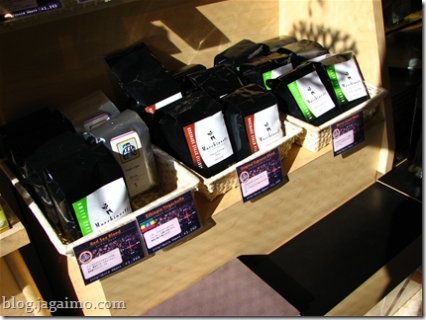 We didn't take any beans home, of course, since there's no coffee brewing equipment in my weekly apartment. For those who live in Tokyo, however, freshly roasted Vivace-blended beans (and some Tokyo-only single-estate treats) are a must-have. 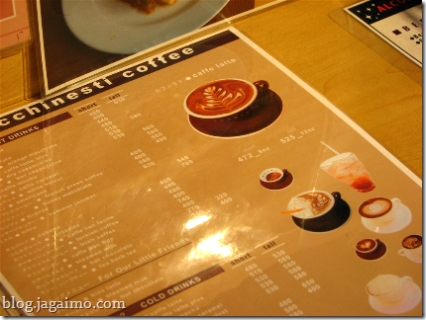 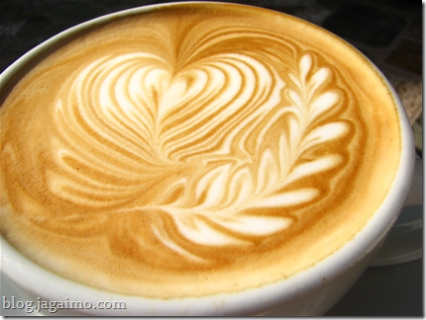 Ok, that was a cruel caption. But even Vivace rarely pumps out rosettas as elaborate as this duo. We might have just been lucky, though... one of the two coffees was made with a more typical single-pattern rosetta.

I decided after all to go back to the Hoteres show, which turns out to have been a good idea. I found a lot of suppliers of ceramics mostly focusing on restaurant clients, one of which can also serve as an export agent for products from a potter I like in Takayama. Beyond that, I found the company behind an extra nifty cedar soap line, which is the same product that my friend Hiromi told me she uses religiously for her face. I also found another producer of a similar product, and a company that markets private label soaps to spas and hot springs and hotels in Japan, including a yuzu soap, a green tea soap that unlike Elizabeth Arden’s hyped product actually smells like green tea, and several “massage soaps” which include some kind of exfoliating ingredient.

In the “interesting kitchen equipment” category, the coolest thing I saw was a fryer which is promoted as a “clean fryer.” In a floor demonstration, one of the promoters asked an audience member to pour a glass of water directly into the hot oil, which was frying some tonkatsu or croquettes or something similar, with her hand directly above the oil. When she poured the water in, it simply disappeared; this was followed with someone tossing in an ice cube. The water, according to the demonstrator, had simply moved to the bottom of the fryer.

Another interesting machine was a countertop device that produces nigiri-sushi shaped rice in precise portions. In a similar vein, there was an automatic gyouza stuffer for countertop use. There were a couple of interesting conveyer-belt products which looked surprisingly elegant; two of them didn’t even have obviously moving belts.

I talked to one small company that manufactures oshibori wetting, disinfecting and warming countertop machines. Oshibori are wet napkins used in Japan usually instead of paper napkins, and are kind of an alternative to running off to a washroom to clean one’s hands before a meal. After the president told me everything he thought I could understand, he introduced me to his secretary, who is also his daughter. She used to study in New Zealand and had a kind of New Zealand Japanese accent. Apparently they are trying to sell a version of this in Hawaii later this year, and I suggested if they have a 110 volt version, it’s worth exploring the West Coast of the US in general, and to please let me know when it’s going to be released.

During these four days, it’s been kind of amusing how many people comment on my company name (Yuzu Trading Co. LLC). It seems to instantly establish some rapport, since it’s obvious to them I’m influenced by Japan; referring to Yuzu in my company name strikes some folks as surprising, leading them to think of me as not your usual run-of-the-mill gaijin.

I left the show around 3pm and came back to my apartment. I managed to sort through most of the papers I’ve accumulated over the last few days, organized by their relative importance to me (products I’m very interested in, products I was attracted to, companies that might be good sources if someone comes to me looking for something in particular, and companies which I don’t think I have much likelihood of being useful for me). I still have to sort through at least several dozen business cards I’ve received as well.

Tonight I cooked some of the yuzu-flavored udon I picked up last weekend in Nasu-Shiobara. I made a couple of simple side dishes… I have some leftover nanohana (canola greens or rapeseed greens), garlic stems, and one eringi from a few days ago. So I just blanched the nanohana in lightly salted water and served it with a drizzling of a white tamari sample I got from FoodEx. I also sauteed the garlic stems and browned the eringi, seasoned with some salt and the white tamari, then topped with some toasted pine nuts and pecorino romano cheese. The yuzu udon I just boiled and served cool with some store-bought noodle dipping sauce. The yuzu flavor isn’t very strong, but is at least noticeable and pleasant.