I’d like to say that I took this long weekend to do something relaxing, like a little overnight trip to Ocean Shores or a little jaunt to the Columbia Valley wine region. But I don’t get to do that very often. I had the pressing need to reshuffle things in my office, as I’ve decided to consolidate the two spaces I have at ActivSpace into a single space, all in the room I was using downstairs, now serving both my warehouse and office needs. My daytime contracting gig makes having natural light in my office less valuable, and the monthly difference in rent will add up after just a few months.

Having two spaces available encouraged sloppiness, anyway. I only got around to buying enough shelving to keep my sanity a few weeks ago, and I had a rather embarrassing level of chaos in both my office and my storage area. Now the arrangement is fairly rational, although space is a bit tight.

We did get a little leisure in yesterday. Hiromi got to see the Fremont Sunday Market for the first time, and we actually ate out at some unmentionable U-District bar on Friday night, Sunday at Jai Thai for lunch, and today we had an early dinner at Hosoonyi in Edmonds. Saturday we were homebodies, with a nice homemade pizza at lunch and some sundried tomato dressed pasta at dinner.

Sunday night we were all set to serve ourselves an “Iron-Chef” style themed meal, complete with three courses of kabocha-based dishes. But we were way too full after just two of the courses… that’ll teach us to eat a large restaurant lunch, follow it with a late afternoon coffee and snack, and then go home thinking we could possibly have room for more heavy food.

But we finally got our dessert course in tonight, a few hours after an early Korean dinner with soon dubu jjigae (soft tofu soup). So today, I present you with what is likely my last squash of the season…

I can’t remember how many years ago I first had this dish, but on one trip to Japan, a friend of mine took me to a hidden Italian restaurant in Ginza, Tokyo, which she explained her parents had often visited on dates. They served us something resembling this kabocha gnocchi. It was the height of simplicity, and improbably both unfamiliar and comforting. Ever since then, I have regularly and shamelessly stolen the concept: squash gnocchi with a simple squash cream sauce.

I used Japanese pumpkin and potatoes to construct the gnocchi, using enough flour to hold the dough together, with a hefty pinch of salt. The dough needs to be handled while the potatoes and squash are still fairly hot, about 160 degrees Fahrenheit. This time I pressed everything through a sieve for a consistent texture, but I’ve sometimes resorted to a fork when I felt a more rustic approach would work for me. I let the dough relax about 20 minutes before forming the gnocchi, after which I boiled them in briny salted water.

Next, I used a bit more kabocha to prepare a cream sauce. I also pressed the squash through a sieve, and added a fair amount of cream, enough salt to bring out the flavor of the kabocha, and mixed everything together until it was consistent. I melted butter in a saucier, then added the kabocha cream and whisked it on medium heat until thick.

We went an even more wafuu route with our salad, using some Saison Factory Iyokan Kurosu to make a vinaigrette. Kurosu is Chinese-style black vinegar, which is all the rage in Japan as a functional food; Saison Factory has made it more palatable to the Japanese tongue by blending it with iyokan juice, an orange-like citrus fruit. It’s meant to be consumed diluted with water, as “nomi-su”, or drinking vinegar. But I thought it would also make a nice base for a salad dressing, and it worked out quite well.

I rescued some of the seeds from the kabocha and roasted them, later seasoning them with mirin and soy sauce, as well as a bit of salt. Unfortunately, about half of the seeds suffered from burned soy sauce, so many of the seeds were sadly too bitter.

As I mentioned, we never found room for dessert yesterday, but Hiromi made this lovely kabocha based flan Sunday morning which led us down this squash-laden path.

I contributed by boiling sugar to hard crack stage with light caramelization. The results of my own attempts at making sugar lattices were miserable failures, although I did manage to create a fair likeness of an Olympic ski jumper, and perhaps a mermaid or a carrot, depending on your perspective, and your sense of charity. Hiromi had far more impressive results, and so we used hers instead.

At Revenue Science, where I’ve been doing my “pay my bills” job while slowly building YuzuMura.com, we recently shipped the product to our Japanese partner. Today one of my coworkers passed around an email from our main contact at the Japanese company, complimenting us on the quality of our understanding of Japanese software issues. I was very happy to hear that, since that was why I was brought in on the project.

I have a few weeks left on the project to focus on automating some tests, and then I need to figure out what to do next. Based on my financial projections, it looks like I will still need to find an additional software gig for the next 6–12 months. I’m hoping to find something similarly focused on making software work with other languages, since that’s where I’m most useful and what gets me most excited. If it weren’t for the international impact of my work, I wouldn’t have stayed at Microsoft for seven years.

Not enough time, some kind of dinner, blood orange and gin 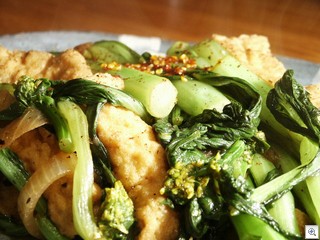 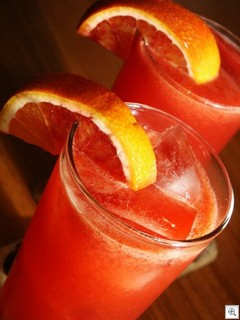