OK, I’m a little late getting around to posting St. Patrick’s Day food, but let’s just say we were busy eating.

While my family tends to identify mostly with the small ostensibly Italian fragment of our ethnicity, mostly thanks to the way most of us look, and our attachment to Italian foods, we’re actually far more Irish than we are Italian. So it’s probably unfair to ignore that part of our background entirely.

I’m not a beer guy, so there was no green beer for us, and for various reasons which I’ll explain at some other point, Hiromi’s not drinking. So, just for me, I went with a traditional recipe of Irish whiskey (on ice since it was just Bushmill’s), much like this guy.

I’m also not a meat eater, so the conventional Irish American corned beef and cabbage was out.

But there are a few semi-Irish things I can eat.

I had a lentil soup leftover from a previous dinner, so I figured I’d just use that as a protein and make an Irish soda bread and something resembling colcannon. 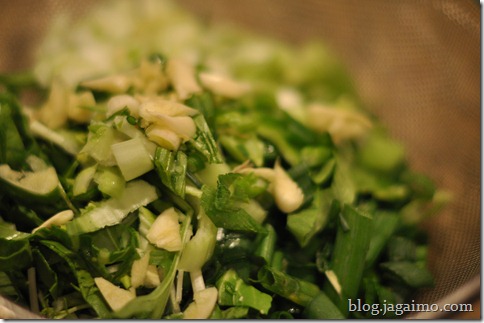 We didn’t have much in the way of kale or cabbage, and I’m not much of a purist when it comes to unplanned attempts at ambiguously Irish themed meals, so I took advantage of what I did have on hand: mizuna greens, scallions, and bok choy. Mizuna doesn’t love being cooked to death, so I chose to break with tradition and just work the greens into the hot mashed potatoes, rather than precooking the greens. I also threw in a bit of garlic because I didn’t have quite enough scallions around to fully flavor the dish. 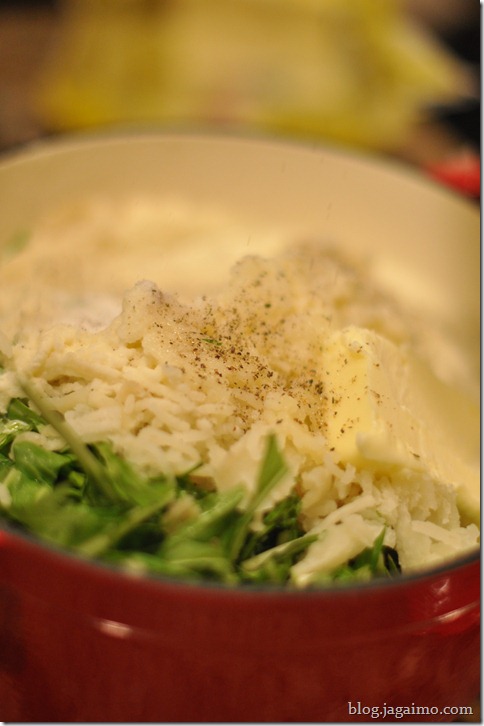 I did want to give the greens some heat, though, so I let the mixture bake, covered, in a hot oven for about 15 minutes, after adding suitably heart-challenging amounts of butter and cream. 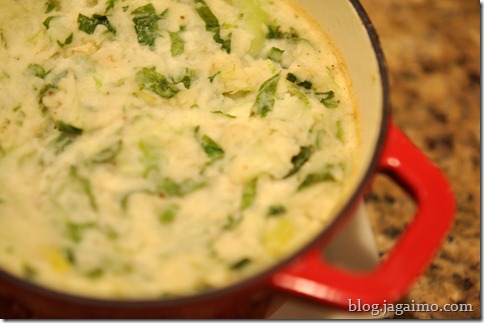 The greens maintained a bit of crunch, which is certainly very different than the standard versions of this dish, but provided a nicely refreshing contrast 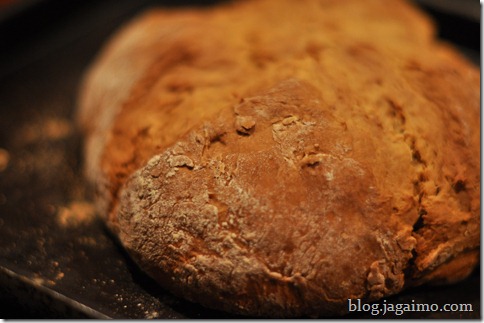 I may have baked it just a tad too long, but it still had a great aroma and it looked quite nice upon slicing. 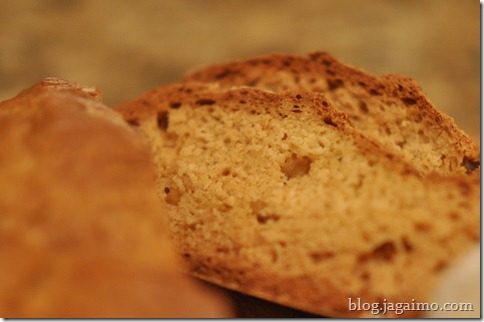 We served the bread with a nice Tickler cheddar and some good Vermont Butter, the soda bread was crusty with a pleasingly tender crumb.

The lentil soup could perhaps pass for Irish, but it’s probably a bit of a stretch since it involved fair amounts of an orange peel and tarragon blend and a bit of smoky chilies.

The downside is that this was a fairly heavy meal for a weeknight, and fairly heavy on the carbohydrates. But I guess that’s authentic enough: When I visited Ireland on a business trip many years ago, I overheard the staff at the company cafeteria asking people if they wanted “chips with that” no matter what they ordered. Including pasta. And in one case, a baked potato. So yeah, we were Irish like that.