We had a nice dinner tonight, but it wasn’t terribly heavy, and I was craving something sweet to finish the evening. 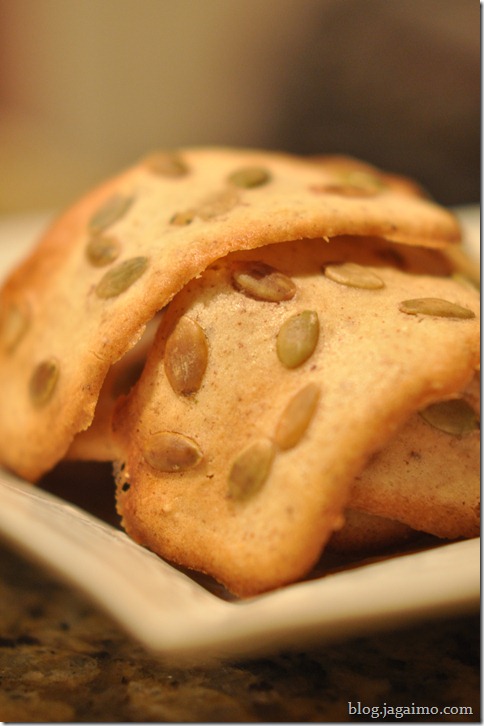 I was thinking a thin cookie would do the trick, so I remembered the basic tuile ratio, which is roughly 2 fat : 2 flour : 1 sugar : 1 egg white. Unfortunately, I didn’t have any skinny almonds around, but I did have some almond butter handy, and I had a surplus of egg whites left over after making hollandaise sauce a few nights ago. I decided to use a blend of butter and almond butter so that I’d have a touch more flavor than if I skipped using nuts entirely. I also added a touch of vanilla and a bit of salt. 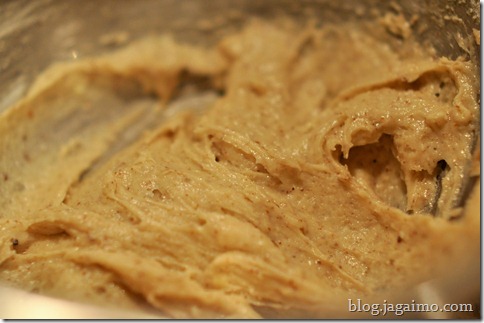 The best thing about these is how quickly they come together. They just need to be spread out as evenly as possible on a non-stick, flexible surface… A Silpat-style mat or baking paper would do the trick. 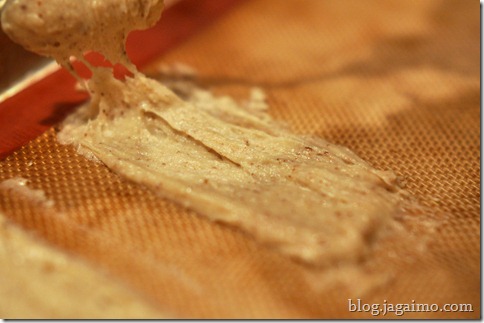 At the last possible second before baking, I realized I had some hulled pumpkin seeds (pepitas) in the freezer, so I sprinkled a few on top before baking in the oven at 425F (400F in convection mode) for somewhere around 8-10 minutes, basically stopping when the edges were nicely browned.

For a little drama, I bent them around a rolling pin just after pulling them off the baking sheet.

They made a nice little treat. Give them a try! There’s a lot of room for variation. One of my favorites incorporates black sesame seeds, somewhat in the same vein as these financiers. I’ve also made an aniseed version that works great as an ice cream cup; just spread them out as rounds and pinch over a small teacup. They’re great with tea or coffee, too.