It’s hard to believe that Hiromi and I have already been in Madison Valley over a year.

We moved from a tiny apartment in Fremont that I originally intended as a temporary place while I started up a little business. It was far from luxurious, and had a number of flaws, from bad carpet to an impractical kitchen, but it did the trick when I needed to be especially frugal. But we wanted to be able to have more than 2 people over for dinner again, and finally settled on a recently remodeled midcentury duplex with an open layout in an area that borders Madison Valley and the Central District. 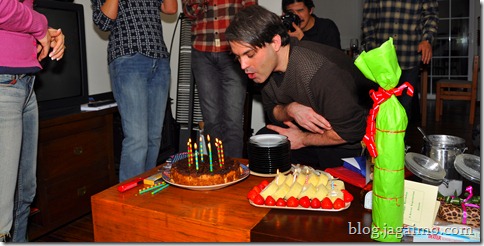 A lot of things have changed since then… I realized I was no longer committed enough to my business to provide decent service, so I shut down my web storefront and decided to focus on enjoying our lives together. It turns out that, a couple of years after returning to the software industry to pay bills, I started enjoying the work again. Outside of work, I’m doing research inside and outside my areas of expertise, and it always seems that the “new” areas I explore prove startlingly relevant not too long after I take them on.

2009 was tumultuous. After Zillow’s major restructuring in October 2008, I immediately went to work for a software vendor at a luxury travel company doing test tools development, but they were constantly in turmoil; my employer replaced the majority of the client’s existing technical staff and made three different employment arrangements with us over the course of about 10 months, and it seemed like every couple of weeks there were some notable staff departures, layoffs, or self-immolations. I got bit by one of the late rounds of restructuring after the client company exercised another cost-cutting clause in the contract. It was about the same magnitude as Zillow’s big cut, and Hiromi and I actually saw it as a bit of a relief after all the insanity we had hitherto been passively observing. Things were not much better for the people who stayed on, who were advised that the company couldn’t predict what would happen with the next round of contract revisions expected three or four months later.

I’m incredibly fortunate that the economy didn’t hit me as hard as it has impacted some of my peers. Although the last 15 months have been among the most unpredictable in my career, I’ve had a wonderful network of recruiters and colleagues that have made it almost painless to transition to new work very quickly both times I needed to, and I was lucky enough to be able to choose between several opportunities each time.

My current job is more closely aligned with what I like to do, and it’s within a healthy walking distance (35-40 minutes) of home, so I am getting a decent amount of exercise most days.

Hiromi and I just came back from a short trip that took us to Washington, DC, Italy, Switzerland and Germany. It was kind of a delayed honeymoon, and in fact it was the first time I’ve gotten out of North America in well over a year. Hiromi went to Japan for a friend’s wedding last summer but I couldn’t quite escape work at the time. This was our first post-wedding trip together that wasn’t driven by some sort of external commitment, and was free of immigration-related hassles. We had some hurdles thanks to nasty winter weather, but the overall experience was great, and I’m sure I’ll be making some effort to recreate the gnocchi alla romana we had in an alley of the Trastavere in Rome soon enough.

In completely unrelated news, I realize that 9 months is a long time to take off from blogging… In penance, I promise two food-related posts this week.