Somehow I just can't get enough of chickpeas lately. 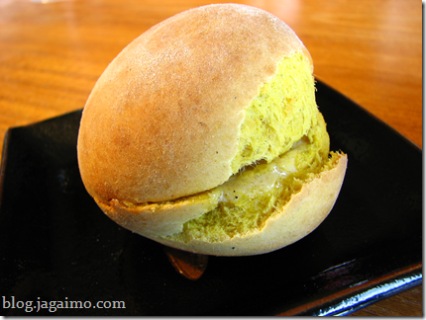 Last weekend, I made the medically unfortunate mistake of going to the Fremont Solstice Parade last Saturday with a not-quite-healed metatarsal. Even though I was mostly standing, wearing a supportive medical boot, and generally resting on my unbroken right foot, this wasn't so clever. I mostly succeeded in irritating my right knee, exacerbating the dull pain in my left foot into acute agony.

So I decided not to repeat that mistake by being all in-denial and active... I stayed domestic most of the weekend. I didn't even shave until 3pm on Sunday, though I owe that mostly to the fact that I ran out of shaving cream.

As a completely irrelevant aside, don't ever bother to use the shaving cream supplied in a little 5ml packet that comes from the shaving kits in hotels and ryokan in Japan. You only have this at all because you stash it in your luggage in case your tiny sample-size shaving cream suddenly runs out on your trip, and you completely forget about it until returning to the US, when it gets unceremoniously stashed somewhere in your medicine cabinet until, one day, you run out of shaving cream. Then, you discover that it's not really enough cream to do much good, and that, in terms of quality, it's just a slight step up from a moisturizing soap. Second, it smells almost exactly like a Band Aid.

So I was really craving something along the lines of a dinner roll, but I wanted something a bit more protein-dense than the average bread, I also thought it would be nice to have a nice stew, so I made a variation of the channa masala that I previously served with the besan roti.

I wanted just a hint of spice and I wanted something moist and reasonably soft, so I chose to use a little garam masala and some butter and milk in service of that ambiguously dinner-roll like quality that is easier experienced than described.

The ingredients were, roughly:

This is prepared like most yeast doughs: mix dry ingredients together except for the yeast, create a well, add the melted butter and milk with the yeast. Gradually incorporate the flour into the sponge by stirring along the outer edge of the well, until the dough comes together.

Kneaded until smooth but fairly sticky, the dough rises for a couple of hours before I divide it into into 12 rolls. I let the rolls have a second proof while the oven preheats to 425F on a cookie sheet, then I bake them until golden-brown, about 15 minutes. I test for doneness by tapping on the bottom of one of the rolls, making sure it sounds hollow.

They need to cool down and rest a few minutes, but can be served warm with butter and a nice stew or curry.

The outer exterior is still crisp, but the interior is moist and aromatic with hints of cumin, coriander, cloves and cinnamon. With a little bit of butter they're just rich enough to be eaten on their own, but they're also a perfect foil for a stew or daal. 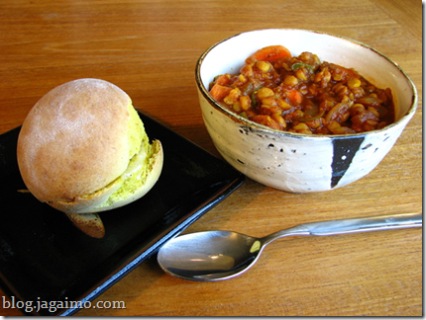