As I always seem to find myself in Tokyo toward the end of March, and never at the beginning of April, I was looking forward to finally seeking sakura in full bloom on this trip... For Hiromi's schedule, late April worked better, so we chose to make a special trip up north to take advantage of the seasonal progression

Hirosaki Park in Aomori prefecture has more than 2600 cherry trees, and the timing of the blooms makes this park a popular destination for both locals and out-of-towners.

May 2 wasn't technically a holiday, and we faced some rather dreary weather... overcast skies and occasional rain, along with periodic bursts of wind. Thanks to that, the crowds were fairly mild.

I don't think we ever got around to having a normal lunch that day, but we did have some nice sakura-mushi-dorayaki, steamed dorayaki pancakes made with salt-preserved cherry blossoms and sweet white bean paste, found at one of the many vendors inside Hirosaki park. Later, we discovered a section populated entirely with yatai and hungry park-goers, and snacked on kabocha dango with a sweet miso sauce, as well as some black simmered konnyaku on a stick.

We imagined we might come back at night when the park was completely illuminated for night-time hanami, when various salaried workers would congregate, drink a little too much, and eat some combination of yatai treats and hanami bento... Alas, we reached our evening destination, took a bath, had dinner, and were completely exhausted... we didn't make it back until daylight. 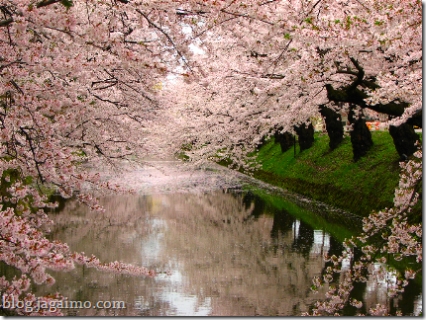 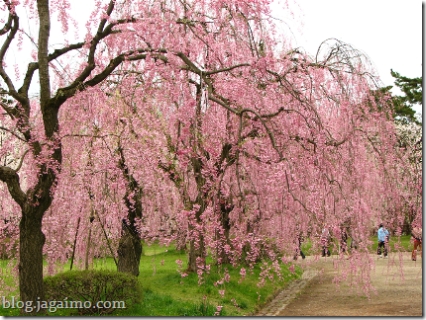 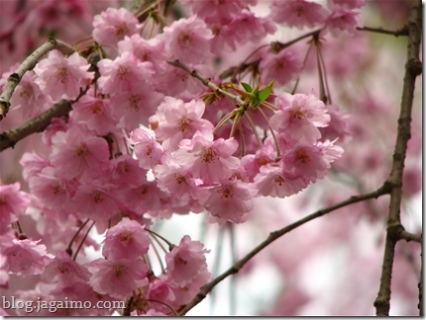 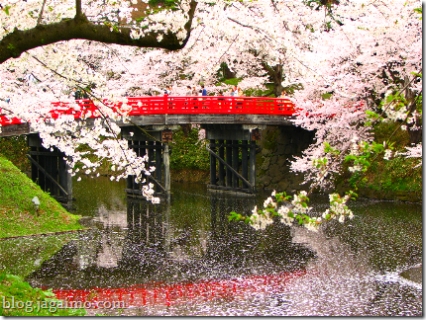 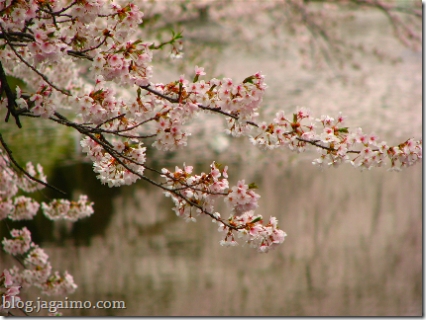 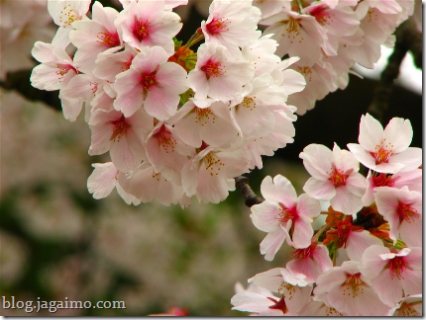 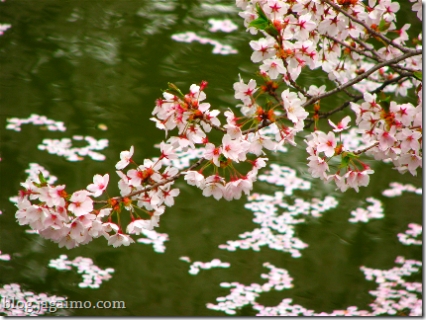 It could be snow 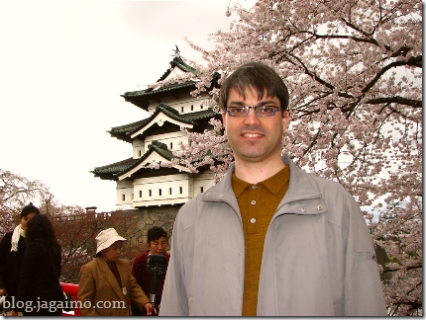 View from a castle 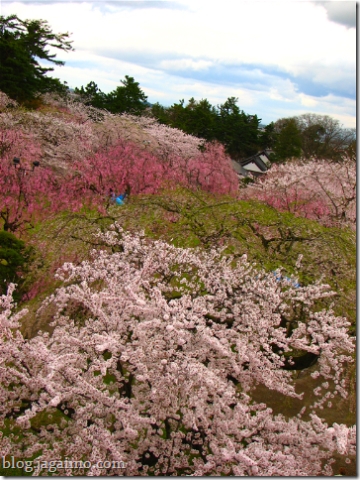 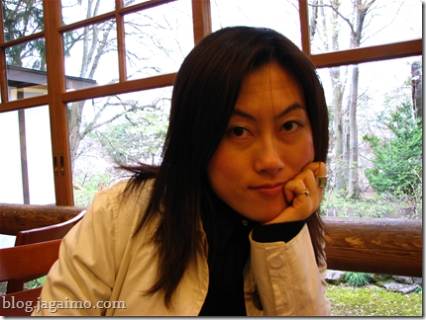