Hiromi did all the heavy-lifting as far as organizing and planning our Aomori side trip... I just carried some luggage.

She drove us to Oirase Trail in Aomori, not terribly far from the onsen ryokan where we were planning to stay, but a fair stretch away from Hachinohe, the train station where the shinkansen let us off. 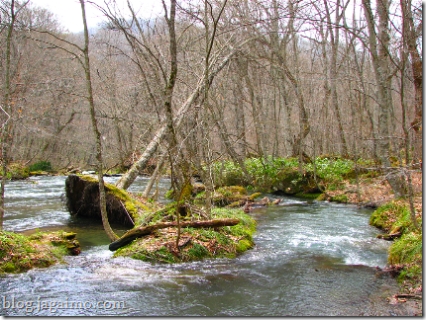 Like most tourist attractions in Japan, the place is filled with tourists like us, and especially so during Golden Week. However, we manage to snag a few quiet moments. 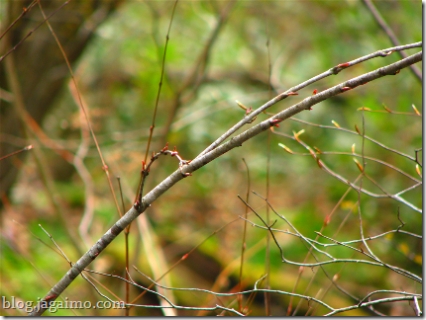 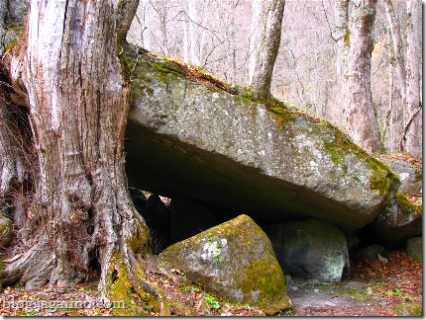 A slab of stone rests against an old tree. Legend has it that an evil woman lived under this slab, and lured travelers with her beauty. Unfortunately, she didn't do anything terribly mystical; she would just kill the unfortunate passers-by and steal their stuff. 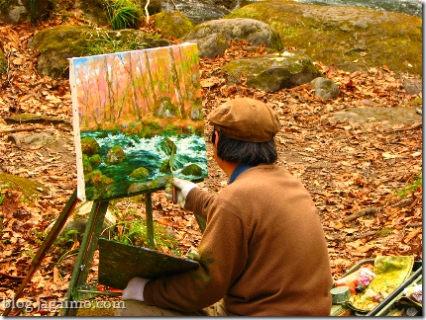 A middle-aged guy concentrated on rendering a river scene as we quietly passed by. 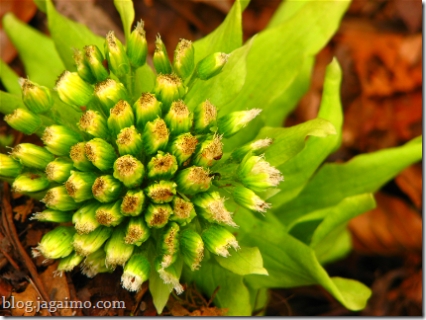 An apparently edible sansai, which we think was featured at dinner later that night. 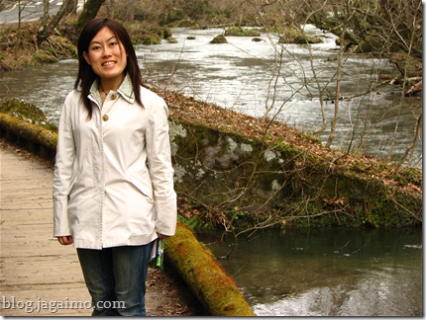 Most of the trail is fairly basic, but a few stretches that would just be mudbaths most of the year are covered with simple wooden plankways. 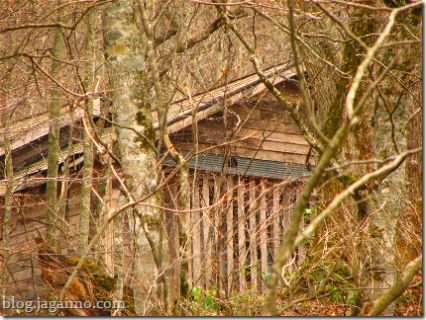 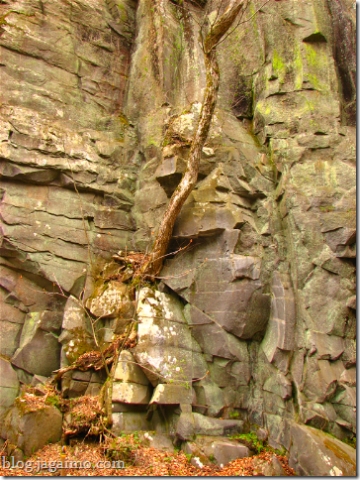 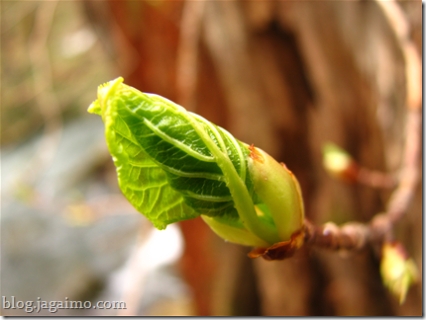 The two of us 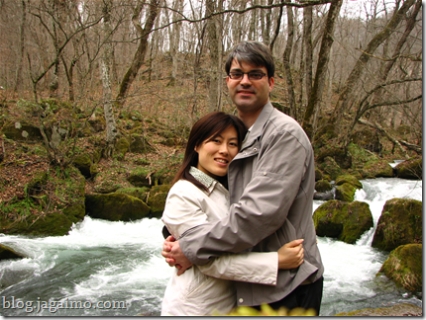 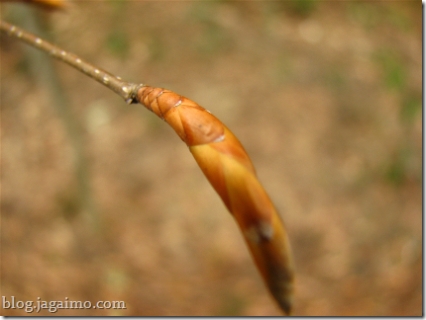 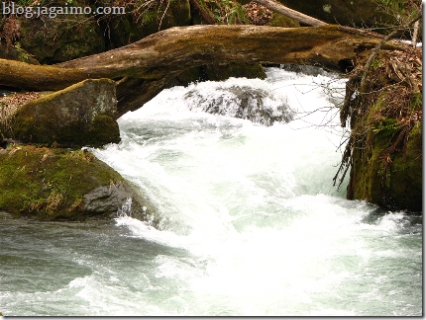 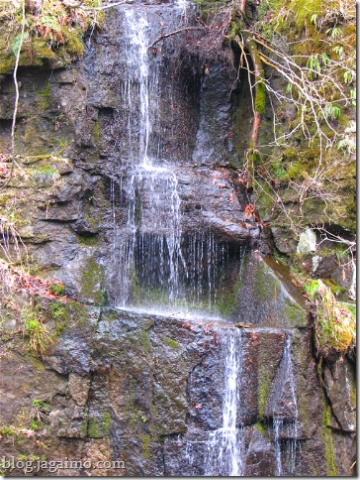 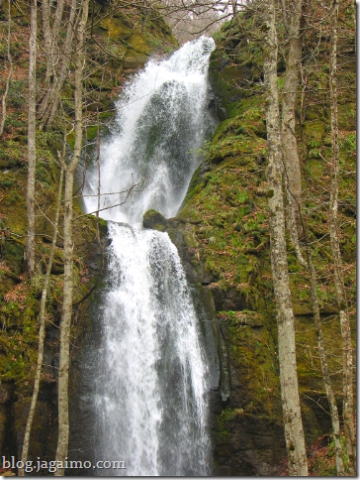