We didn't really do much buying, aside from our Hoddeok, but Namdaemun is a crazy busy place full of tourists looking for visual drama and trinkets to take home (that would be us) and locals looking for cheap clothing and the occasional fish or vegetable. 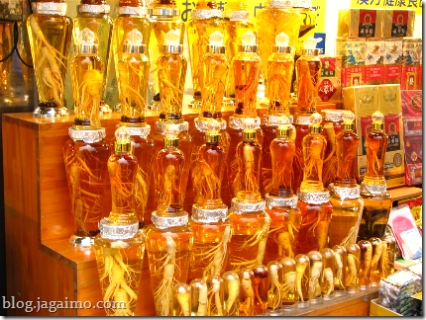 These were stunning bottles of infused ginseng roots. 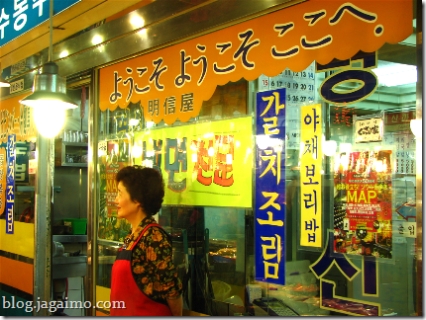 We discovered that it is a very bad idea to speak Japanese in Namdaemun market.

No, there wasn't any overt hostility, but the merchants take the sound of Japanese as a cue to turn on the hard sell, and to charge higher than normal prices. Hiromi had the impulse to buy some gim (nori, a.k.a. laver) as a souvenir snack, but the price, for her, was always man-il-cheon-weon for a bundle, 11,000 Won, about $12. If I asked a shop for a similar item in the same size in English, it was 8000 Won, or about $9. The cost in Tokyo for most types of Korean seasoned laver is most likely cheaper than that.

We actually gave up on the market when we saw a sign targeting Japanese selling the exact same brand as one of our earlier overpriced places, atypically with actual price signs. I misread the sign as W2000, but was actually JPY2000; we thought we were getting a deal at about 1/5 the typical price, but it was actually almost twice as much as the same thing at other shops.

We found some very good gim at a department store adjacent to the market, for a very reasonable price. 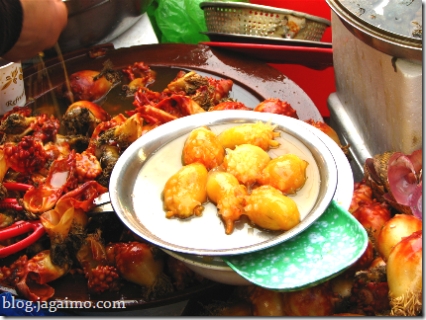 Well, some sort of amorphous sea creature, anyway. As a vegetarian who gave up meat far before I started exploring the culinary world deeply, I'm not exactly sure how one prepares them.  Perhaps like Japanese takosu? 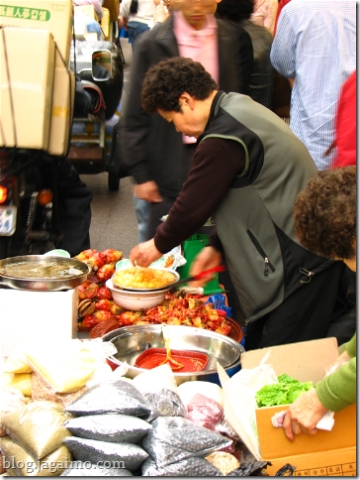 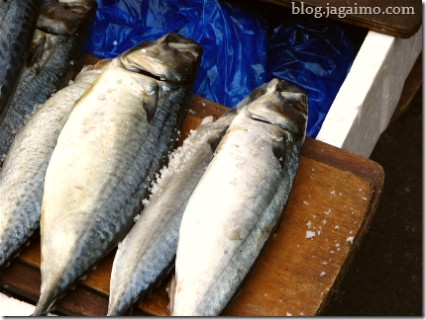 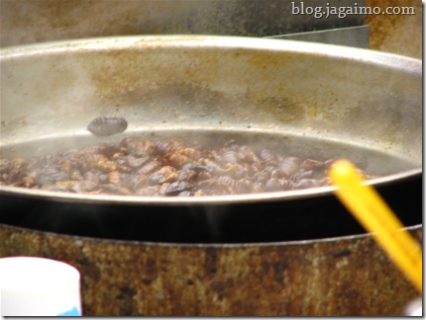 Stewed silkworm larvae... not for the faint of stomach, the smell is overpowering even if you're just passing by. Hiromi spotted a little boy gleefully eating them one-by-one with a toothpick from a paper cup... She wasn't adventurous enough to try. 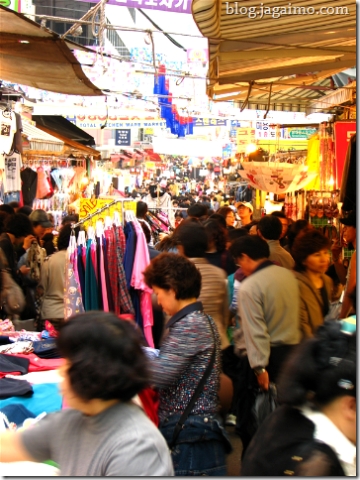 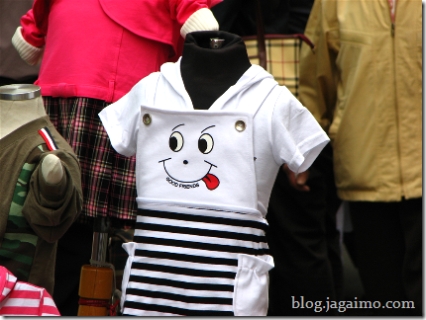 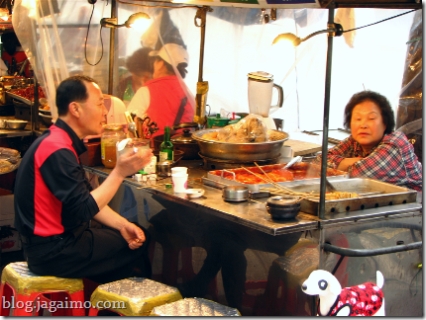 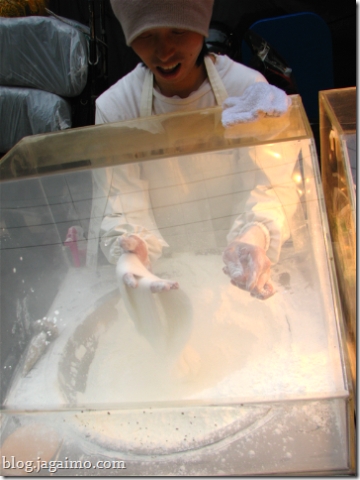 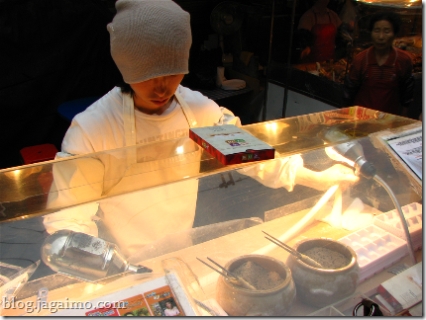 In Korea, these are actually cut with scissors rather than by a yank of the hand, which probably makes this go a bit faster. 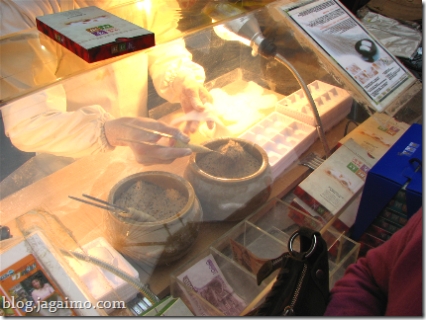