Lazy Sundays, I remember them

Most weekends I find myself in supermarkets doing demos of the candy and matcha latte stuff, but I never scheduled anything for this Sunday, so I took most of the day at leisure. I did show up to my office after whiling away most of the morning, nibbling on five-spice seasoned fritters for breakfast and drinking an iced latte.

After checking on some email and some other trivial tasks, I made my way back home, fixed myself a feta, olive, cucumber and tomato sandwich on some Essential seeded baguette.

I spent about an hour and a half catching up on photos of Akutsu Masato work… I’ve been neglecting this for way too long. I sold some of Akutsu’s work at wholesale, and the majority of my other artists I’ve sold out with a combination of wholesale and internet sales. But I bought a relatively huge amount of inventory from him at his show last year, and due to various struggles with working out an internet store solution and so on, I kept putting off taking proper photos. It made it rather challenging to sell, since nobody could see much of it.

Later I met up with friends around Westlake center, watched people swing dancing/Lindy hopping, and ate an inexpensive snack of salad rolls and fried bananas in coconut between the three of us at Green Papaya. 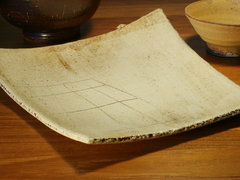 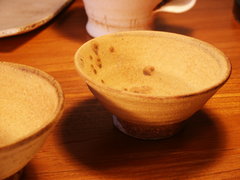 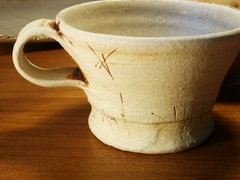 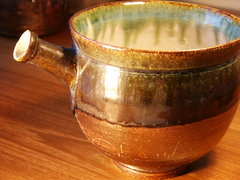