We made a little trip to Mashiko on the weekend before coming back to Seattle.

We went, in part, so that I could replenish my ever-shrinking ceramics collection on YuzuMura.com. I was also looking for some new artists to consider for later in the year.

Minowa Yasuo passed away a couple years ago, so I haven't been able to buy anything he made for a long time. Besides, my original plan to sell my ceramics to galleries morphed into a mostly web-based sales model. My previous habit of buying a few remarkable pieces per artist doesn't work very well on the web, since the burden of photographing something I only have one or two examples of becomes rather exhausting. By next year, I expect I'll have fewer choices but a better ability to handle larger orders for them. 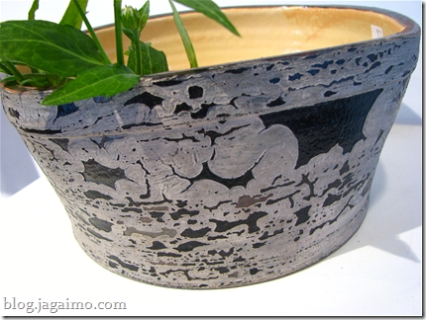 During Golden Week, Mashiko has one of two annual pottery festivals, so many artists and production kilns were out showing off their wares. We made our way to my favorite galleries first, and we were pleased to stumble upon a show by Akutsu Masato and the rest of his family at Moegi. I hadn't done much advance planning on this trip, so it was a good coincidence... I discovered that I brought the wrong contact information for him anyway, so if it hadn't been for the show at Moegi I might not have been able to get hold of him.

Masato's father, who is incredibly charming, also had some very nice pieces at the family show, and Masato's mother's work is very compelling as well, so now I'm considering importing work from the whole family... While all three seem to work from a related palette, they each have very distinctive styles.

I also discovered some Minowa Yasuo pieces at one gallery, and I was so surprised by that that I ended up buying a number of pieces. It will become increasingly difficult to find anything else he made, so I took advantage of the opportunity.

Fortunately, the gallery was kind enough to extend me a reseller price, which means I'll be able to offer the new pieces at roughly the same price as similar items I still have in stock. I was expecting I'd have to dramatically raise prices on the new pieces, but it doesn't look like I'll have to.

One unfortunate side effect of my good fortune on this trip was that I didn't have time to meet up with Senda Yoshiaki, and I couldn't buy any of his pieces on this trip. I am almost completely out, so I really need to do something about that. I think I'll send Hiromi to Mashiko once before fall to remedy that.

I didn't buy a huge amount of ceramic pieces on this trip, but enough that it wasn't possible to transport things on my back... so I have to wait a few weeks before things arrive. I'm looking forward to it...

I decided after all to go back to the Hoteres show, which turns out to have been a good idea. I found a lot of suppliers of ceramics mostly focusing on restaurant clients, one of which can also serve as an export agent for products from a potter I like in Takayama. Beyond that, I found the company behind an extra nifty cedar soap line, which is the same product that my friend Hiromi told me she uses religiously for her face. I also found another producer of a similar product, and a company that markets private label soaps to spas and hot springs and hotels in Japan, including a yuzu soap, a green tea soap that unlike Elizabeth Arden’s hyped product actually smells like green tea, and several “massage soaps” which include some kind of exfoliating ingredient.

In the “interesting kitchen equipment” category, the coolest thing I saw was a fryer which is promoted as a “clean fryer.” In a floor demonstration, one of the promoters asked an audience member to pour a glass of water directly into the hot oil, which was frying some tonkatsu or croquettes or something similar, with her hand directly above the oil. When she poured the water in, it simply disappeared; this was followed with someone tossing in an ice cube. The water, according to the demonstrator, had simply moved to the bottom of the fryer.

Another interesting machine was a countertop device that produces nigiri-sushi shaped rice in precise portions. In a similar vein, there was an automatic gyouza stuffer for countertop use. There were a couple of interesting conveyer-belt products which looked surprisingly elegant; two of them didn’t even have obviously moving belts.

I talked to one small company that manufactures oshibori wetting, disinfecting and warming countertop machines. Oshibori are wet napkins used in Japan usually instead of paper napkins, and are kind of an alternative to running off to a washroom to clean one’s hands before a meal. After the president told me everything he thought I could understand, he introduced me to his secretary, who is also his daughter. She used to study in New Zealand and had a kind of New Zealand Japanese accent. Apparently they are trying to sell a version of this in Hawaii later this year, and I suggested if they have a 110 volt version, it’s worth exploring the West Coast of the US in general, and to please let me know when it’s going to be released.

During these four days, it’s been kind of amusing how many people comment on my company name (Yuzu Trading Co. LLC). It seems to instantly establish some rapport, since it’s obvious to them I’m influenced by Japan; referring to Yuzu in my company name strikes some folks as surprising, leading them to think of me as not your usual run-of-the-mill gaijin.

I left the show around 3pm and came back to my apartment. I managed to sort through most of the papers I’ve accumulated over the last few days, organized by their relative importance to me (products I’m very interested in, products I was attracted to, companies that might be good sources if someone comes to me looking for something in particular, and companies which I don’t think I have much likelihood of being useful for me). I still have to sort through at least several dozen business cards I’ve received as well.

Tonight I cooked some of the yuzu-flavored udon I picked up last weekend in Nasu-Shiobara. I made a couple of simple side dishes… I have some leftover nanohana (canola greens or rapeseed greens), garlic stems, and one eringi from a few days ago. So I just blanched the nanohana in lightly salted water and served it with a drizzling of a white tamari sample I got from FoodEx. I also sauteed the garlic stems and browned the eringi, seasoned with some salt and the white tamari, then topped with some toasted pine nuts and pecorino romano cheese. The yuzu udon I just boiled and served cool with some store-bought noodle dipping sauce. The yuzu flavor isn’t very strong, but is at least noticeable and pleasant.

For a day which I had originally written off as an R&R day, I was incredibly productive.

Somehow Japanese style domestic travel usually means going to be early… Especially if one soaks in a hot springs bath for more than 30 minutes a day. It sort of makes sleep an inevitable event shortly after dinner, unless one has unusual willpower. It also tends to result in early rising… I think I was fully conscious and rested shortly by around 6am this morning. We showered, had breakfast, and packed up, and were on the road by around 9am.

Hiromi had planned a day in Mashiko. For her, it was the first time to visit; I’m kind of a veteran by now, with today being about the fifth or sixth visit for me; ever since my second trip here I’ve led whoever was traveling with me to all my favorite shops.

I managed to abuse my friend as an unpaid interpreter, and did some basic negotiations for ordering pottery under wholesale terms from several of the resellers of pottery in town. I took a ton of photos of things I am interested in buying, and I’ll need to come back here in a week or two so that I can finalize my purchasing decisions, after I’ve arranged for freight forwarding services. I’ll be able to offer some really beautiful pots from some young potters, as well as some impressive but more anonymous pots from the big production studio in town, Yokoyama.

Mashiko ware has incredible variety of styles, mostly because it has a relatively young history as a pottery center; Shoji Hamada basically led the way to the village, encouraging a couple of generations of potters to settle here relatively unconstrained by pervasive traditions common to the legendary kilns (Arita/Imari, Seto, Hagi, Bizen, and so on). There’s a lot more experimentation, influence by foreign potters who found the area more welcoming than most, and the durable legacy of Shoji Hamada’s and Murota Gen’s philosophy of soulfully-created craft ware.

We were encouraged to try Yokoyama’s new café atop the school where they offer wheel-throwing, slab-building and decorating lessons. I had taken a lesson here about a year and a half ago with another friend of mine, and it was the first time to attempt the very humbling wheel-throwing process. I still have evidence of this attempt, and although I still have limited throwing skills after over a year of practice, I’m slightly embarrassed by this “early work.”

I had a mushroom pilaf, which was actually surprisingly tasty, considering how meager my other dining experiences in Mashiko have been up until now. We also shared a sampler of cakes… green tea chiffon cake, chocolate gateau, pumpkin flan (kabocha purin), a maple syrup scone, and pot du crème or panna cotta.

For dinner, we stopped at a rest stop along the highway and I ate two oyaki (pan toasted buns filled with vegetables), and a stick of battered fried small potatoes served with a packet of mayonnaise. Not haute cuisine, but filling enough.

After a long drive back to Tokyo, I settle into the weekly-rental apartment and start to think about how to best make use of a free Monday before the FoodEx show.