I'm usually craving coffee and bread in the morning, although I'll certainly dig into a heavy Korean or salt-laden Japanese-style breakfast from time to time. Fortunately, Seoul and Tokyo, more so than Seattle, have an insane number of mostly French-influenced bakeries, all with local touches, so I often have the chance to find such treats in the morning. The main caveat is that in Tokyo, bakeries often don't really open until 10am. As for coffee, both Japan and Korea are heavy consumers of coffee, but with big chains like Dottoru and various Korean Starbucks knock-offs, it's sad to say that quality is not usually a priority.

Tokyo, in spite of an extended reign of coffee superiority vis a vis the land of Maxwell House and Folgers, is really not that great a place to drink coffee. During the economic bubble, it's said that Japan had a number of cafes with owners fanatically devoted to the art of coffee, but these days it takes a special effort to locate anything substantially better than the ubiquitous "blend coffee" or watery "America coffee". Espresso, save for places like Macchinesti, is generally more a milk delivery mechanism, and tends to be bitter and undrinkable, often even more so than what Starbucks produces.

Seoul, in my limited experience, is even worse. Most places I've had coffee (and there haven't been that many even over several trips so I may not be fair) served something that was not only painfully bitter, but tasted stale and faintly metallic. 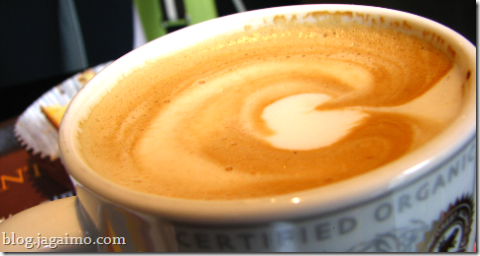 Fortunately, I've had just slightly better luck this time. A cute little flower-shop/cafe, just inches from my hotel, suffered only from having slightly stale coffee and oversteamed milk; it wasn't the bitter mess I had encountered on previous trips. Another bakery (Paris Croissant at Gangnam station, I believe) seemed to almost understand milk foam rosettas, though the milk was also slightly too hot and the coffee had that faint stale flavor I've come to associate with drinking coffee in Korea.

I was even more pleased yesterday morning, when, in my urge to caffeinate myself, I ended up buying coffee at a chain bakery, Tous Les Jours, also a stone's throw from my hotel.  It wasn't as pretty as the one at Paris Croissant, but it was flavorful without being unnecessarily bitter, appeared to be made from reasonably fresh beans, and was well-balanced enough that I wouldn't have been surprised if someone told me it came from a local Seattle indie coffee place. Even better, the drink was notably cheaper than the Big Green Monster's Seoul offerings, from what I understand.

The one constant this time for coffee in Seoul, it seems, is that nobody ever uses a thermometer to check the milk temperature and it's always life-threateningly hot.

As for the pastries (because Roboppy always wants to know)... well, Tokyo still seems to have a slightly higher standards overall, but in Seoul prices seems slightly more reasonable. Both Korea and Japan almost always cheaper than Seattle when it comes to laminated doughs and such, thanks to saner portion sizes and higher volume.

I usually try to go for flavors that are hard to find outside of Japan or Korea when I come to this part of the world, and I certainly found plenty to choose from. 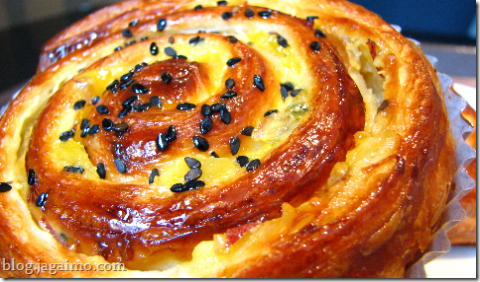 A pastry with sweet potato puree in the center from Paris Baguette, Gangnam-gu station... 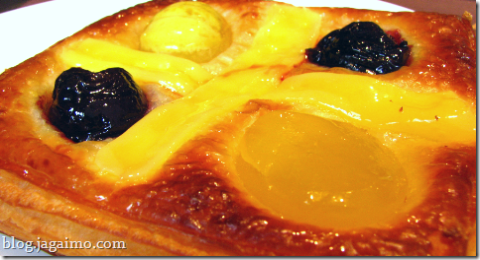 Puff pastry with the unlikely but pleasant combination of marrons glace (candied chestnuts) and cherries. 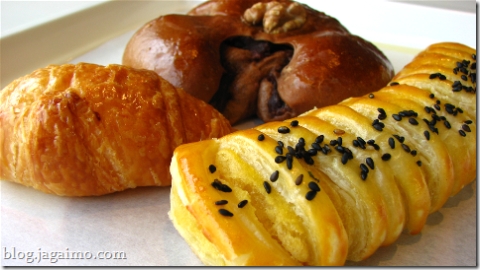 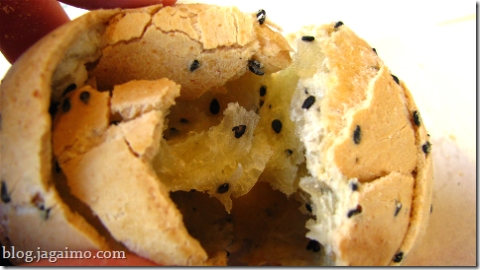 Nice. Chewy, mochi-mochi, slightly salty, and, well, black sesame-y. Good with cream cheese. You want one of these. 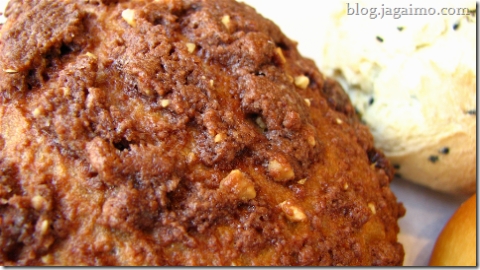 A lot less sweet than it looks, this one was a pleasant surprise.

One caveat to pastry and bread in East Asia, though: Savory, hearty breads are relatively rare, and even items that sound savory are often made with a sweet bread base or heavily sweetened laminated dough. Ham, processed cheese and sweet mayonnaise seem to be a favored combination in both Korea and Japan, as are things baked with sausages, and, of course, corn-mayo.